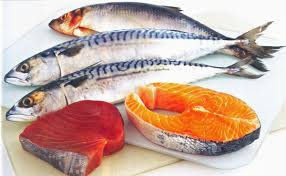 The many types of oily fish have been shown to have health benefits, including protection of the heart and blood vessels

We aren’t a nation of great fish eaters; for some people fish doesn’t go beyond that which you get battered from the fish and chip shop. Just mention the words “oily fish” to someone and the chances are that they will pull a face. Whether the thought of oily fish brings back bad memories from childhood of pilchards on toast or the smell of kippers that lingered for days, a lot of people have a reason for choosing not to eat it. However, as there is good evidence for the health benefits of eating oily fish, perhaps we need to put it back on the weekly menu.

For anyone not exactly sure which fish are oily, technically they are the fish that store their body fat in their flesh and liver, unlike white fish where the fat is stored only in the liver. So on a practical note, the oily fish include herring, mackerel, pilchards, salmon, sardines and trout and it does not matter whether these are fresh or from a tin. Fresh tuna also counts as an oily fish, but unfortunately the canning process destroys the beneficial omega-3 fatty acids. That leads on nicely as to why including oily fish in our diet might be important for good health.

The omega-3 fatty acids are thought to protect the heart and blood vessels from damage. This initially came from observations that the Inuit and Japanese, who have a much higher intake of oily fish than western countries, have a lower incidence of heart disease. Eating oily fish regularly is also thought to protect the joints. To get sufficient omega-3 fatty acids, in the UK it is recommended that we eat two portions of fish weekly, one of which should be oily – a portion being approximately 140g. These guidelines apply to adults and children over 12; younger children need smaller portions.

Oily fish has received some bad press about the harmful chemicals it can contain. However, we can all eat 2 portions of oily fish a week safely. Men, and women who do not plan to become pregnant, can eat up to 4 portions each week. Pregnant women and children should avoid swordfish, shark and marlin – three less commonly eaten oily fish – due to concerns about high mercury levels, a chemical which can interfere with development of the nervous system. 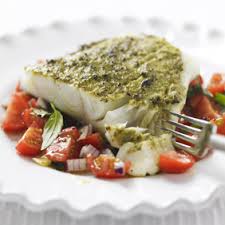 There are plenty of easy, healthy recipes that can incorporate oily fish

So now that you know which are the oily fish, what their benefits are and how much you should be eating, how can you include more in your diet? My personal favourite is a jacket potato filled with tinned mackerel in a spicy tomato sauce; served with a salad it’s a well-rounded meal. I also like to cook a salmon or tuna steak in foil in the oven – sprinkle with lemon juice, chilli and ginger for extra flavour – then serve it with new potatoes and vegetables. Tinned salmon works well as a sandwich filling or stirred through cold pasta with salad vegetables – think chopped cucumber, peppers and tomatoes. I also recently made a version of kedgeree with tinned salmon. These are just a few of my own ideas; an internet search would give you thousands of recipes using oily fish, so what are you waiting for?

If you really can’t face eating oily fish, all is not lost. Whilst we’re encouraged to try to get our nutrients from foods, when this isn’t possible, supplements are available to help. Omega-3 supplements are widely available, but you need to check the label to be sure that they are providing enough omega-3 fatty acids, but at the same time that you wouldn’t be receiving too high a dosage. What you need to look out for on the label is the DHA/EPA content – two types of omega-3 fatty acid. Choose a supplement providing 450-900mg DHA/EPA, which will be the equivalent of eating two to four portions of oily fish each week.

For anyone who is a vegetarian or does not want to eat fish due to concerns about sustainability, omega-3 fatty acids can be derived from some plant-based foods – leafy green vegetables, walnuts and flaxseed, as well as their oils – but the form in which the fatty acid is found needs to be converted to DHA/EPA, which is not a very efficient process. Supplements containing omega-3 fatty acids derived from algae are also available, but the same principle applies.

If you hadn’t given much thought to oily fish previously, hopefully this article has increased your awareness of why and how you might want to start experimenting with oily fish in the kitchen.

1 Comment on "Oily Fish – Putting It Back On The Menu"