I’m twenty-six years of age, almost twenty-seven. I have a partner and we live in our own self-contained flat in South East London. We both work. We both have careers which, while not bringing in any big bucks, we’re making steady progress in. We’re both from middle class backgrounds.

Oh. And we’re not having babies for another ten years. 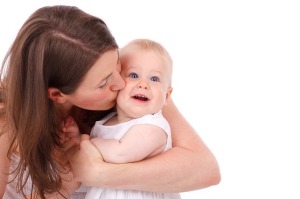 I’ve known that I wasn’t going to have children until after my 36th year since I was an early teenager. Both my mother, maternal aunt and maternal grandmother did exactly the same. In fact, my mother and aunt both had their last children just shy of their 41st birthday. So in a sense, I feel as if I’m just carrying on family tradition. And family history aside, late thirties just seems to me to be a good age at which to start a family – you know yourself well enough, you’re usually in some kind of, if not wealthy, at least financially stable position by this age and your parents are usually still young enough to see a big chunk of their grandchildrens’ lives.

But, as I realised with some shock about a year ago, I’ve suddenly become a minority specimen.

My cousin had her first baby at nineteen, and her younger sister at twenty-one. Then, one after the other, friends from high school. My best friend from university. My old best friend from high school. In fact, as I go through my Facebook friends in a hope of understanding it, I realise that almost all the girl friends I had when younger have now had their first baby or are pregnant.  There are three exceptions – my lesbian friend and the two friends who’ve sworn never to have children anyway.

The fact that all this is going on is only the start of the weirdness. These women aren’t from the poverty-stricken annals of society, having children to facilitate living off their child benefits, nor are they from the super elite who are looked after by their parents or wealthy spouses. These are ordinary woman who, more often than not, have made a conscious decision either to have a baby, or cease using protection in order to become a mother.  In an article in a well-reputed magazine I read some while back, the writers quoted that it is now the ‘Done Thing’ to have a baby before 30, which tells me that it’s other, middle-class women, in positions of some influence who believe this.

Now I’m not saying to any degree that having a baby in your early or mid-twenties is bad. If you’re ready, you’re ready, and no one can tell you what to do or when is best to start a family, but the fact that I realize the contrast between the average age of women having babies in their early thirties ten or so years ago here in the U.K., and now, where having them before thirty is considered the norm, freaks me out. It almost makes me wonder if there’s something I don’t know.

So what is the cause of the sudden baby boom in my generation?  It can arguably be put down to a number of factors. 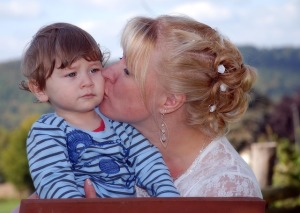 Since the recession start, life has changed.  Life plans have had to be completely rethought.  It wasn’t as it was promised for us when we went to school and left for university, where our degree meant we would soon be able to find a good job and steadily climb the career ladder.  Nowadays, you need a Masters, PHD, or a relative in your industry of choice to even hope of landing any kind of good job.  The accompanying stress of this is only equaled by boredom and frustration.  Boredom with one’s life and frustration with one’s lack of prospects.  So why not have a baby?  Work let you down, so start a family to feel like you really can achieve something without somebody having to read and scrutinize your CV and background just to prove your eligibility.

Secondly, the middle class girl of our generation has seen her mother juggle between home-life and work-life, with varying degrees of success in either department.  The stress and problems we saw our own parents go through have put things into perspective for us.  Lots of women, as a result, are choosing motherhood over a life spent banging (both fist and head) against the proverbial glass ceiling, then coming home and playing Mum, usually with the stress of the work atmosphere tainting the mood.  I personally remember days on end of living with a Nanny when my mother was off furthering her career in the early nineties and when she was home, some of my earliest memories are of my mother telling me she didn’t have time for me, or shouting at me because what she had to do was important, could I please leave her alone?….

Many more people nowadays are very much aware of the government benefits system, and the financial perks the government have put in place to make it much easier for us to have children – Childcare, Healthy Start, Sure Start Maternity Grant to name but three.  We no longer have to wait to get a promotion, or for our spouse to do so, before we can effectively afford to have children.

But the most common recurring theme that I’m recognizing, angrily, is that there’s  a lot of scaremongering going on at the moment.  My mother was never told that she was putting her babies in danger by leaving off having them ’til later.  However, a couple of my mother-friends have started gently warning me, about the increased risk of Aspergers, Autism, Down Syndrome and general health problems for me and my child that, apparently, are increased if I have my kids after age 35.  But until a doctor waves results under my face and scientists look at me with that look of ‘I told you so’, I’m not going to buy it.  My cousins were born to a woman aged 38, then 40.  Perfectly healthy.  My brother and I were born to a woman aged 35, then 40, and the most we can complain of is that my brother has Dyslexia, which was more likely down to the fact Mum smoked throughout pregnancy because of the stress of the divorce.  My other half, on the other hand who has very mild Aspergers, was born when his mother was 25.  A similar story to an ex of mine – his mother was 23.  The only Downs Syndrome baby in our circle of friends, who is otherwise a happy, healthy and delightful child, was born to a healthy, vitamin-taking mother who stayed away from stress and ‘un-natural products’.  Aged 27.

And I can’t help but feel, though these women seem so happy to be mothers, that if that’s their main reason for having children so young, that they’ve been had.

There are risks whenever one becomes a mother, regardless of how old you are, which increase or decrease very slightly depending on whether you’re the right or wrong side of 35.  I’m happy for those who have had their kids not because they’ve rationalized it, but for the most powerful reason – because they want them.  I personally look forward to having a fuss made over me and my baby bump long after the other mums can only remember the joy of impending motherhood.  Women should be told the truth, in magazines, by the government and most significantly, by each other – the most important thing for your child is to have a mum who is ready to be one.