It was 1996 and a rather horrible relationship was coming to an end. I had decided to have a blow out with my two sisters (‘bff’ for the younger among us) and because I was in my late twenties, had decided I was still young enough to hit a club. Of course I’d been out clubbing before and had come across people who had looked older than should have been allowed in places that had been filled with twenty somethings. I’d always wondered if they had realized that they had looked a bit out of place and if they had actually been chaperoning their daughters or nieces.

I had promised myself I would change to pubs with music once I had reached that stage of my life and also that I would never try to squeeze myself into 18 year old outfits when I was in my thirties/forties. But at that moment I was still ok and so was busy getting ready. I had dusted my crack, plucked my top lip, put my face on and styled my hair and as the music pumped from my stereo was sorting out my outfit.

The doorbell rang and I went to let my friends in. WOW one of my pals was wearing the tightest petrol blue velvet trousers I had ever seen. In fact they were arousal trousers (spray on that wedged up your front bum) “you gonna make the night in them “I asked “yes sure I’ll breathe in” Blimey that would not be easy, especially as her belly filled with drink!!!! But they did look nice, even if a bit tight. The cab had been pre-booked and as we got in I noticed that my friend couldn’t sit on the seat too good and had put her hands under her bum and was pressing with all her might to keep her body as straight as possible without any bend.

We reached our destination and made straight for the nearest pub in order to ‘limber up’, the music was loud and as the drink made me relax I decided to cut a few moves. I was so glad that I had spent some time practicing my dancing in my bedroom as it had been a while and I hadn’t been sure if I could actually still dance. However, the drink ensured my mind that I still ‘had it’, even if I didn’t and to be truthful, the fact that people were looking at me could of meant either. And so after a few, we headed for the club, on route we passed a pizza restaurant with a glass front with people sitting eating and looking out at passers-by.

I simply couldn’t resist the pull towards the glass and pressed my face firmly against it, right next to a couple about to eat their food. I moved my face in a circular motion and for some reason made noises as I rotated around, the dirt on the glass must have travelled up my nostrils as I felt a sneeze coming on, suddenly my head went back and as I sneezed, it flew forward and head butted the window. The couple looked shocked and held their forks in mid-air, mouths open wide and probably a bit sick as I pulled away leaving the contents of my nose behind! 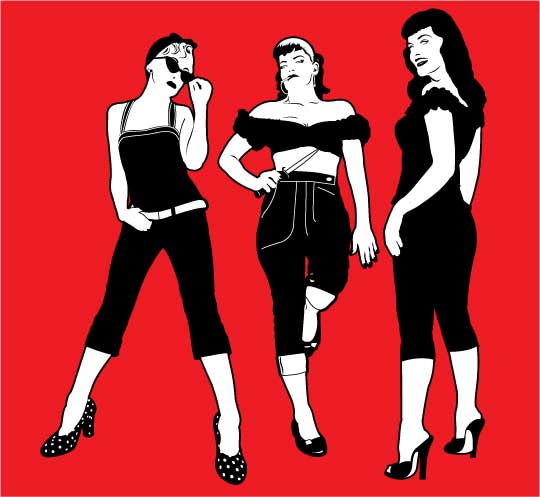 It was time to get into the club. The club was familiar, with its sticky carpet and Hench bouncers, girls in short skirts and blokes hanging around in groups checking out the talent (not that they would be too fussy in a few hours’ time) and so the drink flowed and we hit the dance floor. We noticed a girl with what looked like a string vest on and clearly no bra “nipa Lina” my friend said “stick em out” I replied, and so from then on any woman with a see through top or string vest, or simply someone with cold erect nipples became known as “ nipa Lina stick em out” which made us study women’s outfits all evening. One of my friends was dancing with a fella doing some strange moves, almost Russian like. She had managed to get almost to the floor, wiggling her bum in the process, when suddenly she fell forward onto all fours by accident.

The man she had been dancing with mistook this bad dance move as an invitation to “come up behind her” which she found hysterically funny and so found it hard to regain her posture. I looked around for my other friend (in the tight velvet trousers), who at this point was also giving it large with her moves and had forgotten to breath in. All of a sudden she went down in a twerking movement, and then what I thought might happen did happen, with her bum in the air her trousers split both ways like a star fish, exposing not only her g-string but also her butt checks and the hairlines of it all!! It was time to sort this out.

My friend, who had been on the floor on all fours, had managed to get up and rushed to her aid with a very sheer see through top which she tied around her waist “there that will do”. Of course, had we not all had so much to drink we would have been able to work out that it really wouldn’t and instead only made the appearance of her bum look a bit more fuzzy, but it didn’t really matter as we carried on with our night out.

A while later the evening came to an end and as the music stopped so the lights came on. It was the point when everybody could see each other in their full glory. The eyeshadow that was no longer on your eyes but had moved itself onto your cheeks, along with the mascara that looked like you had tried to achieve the smoky eyes look but not very well, the sweaty running look and of course the realization of what the person you had spent the evening dancing with really looked like. As we moved with the crowd towards the exit it was time to find food and a kebab seemed a good idea and not too far away.

The takeaway was busy as we joined the queue behind some men (and I use the term men lightly). “Hello darling fancy a bit of this” one of them said as he grabbed hold of himself. “No thanks, you thought it was a pubic hair before you peed through it” I answered. “Oh what’s the matter with you, all lesbians are you, by the way nice outfit” they said, pointing to my friends trousers”. What was it with some blokes? Just because we chose to be left alone or thought they were damned ugly, didn’t mean they had to make comments to try and give themselves a reason for us not being interested. “Ignore them, let’s just get some food and go to the cab office”. We stuck to a safe bet and ordered pitta and houmous, which was eaten in about 10 seconds flat and like we had not eaten for a year, and after ordering a cab waited outside for our names to be called.

Oh no ‘them’ blokes are coming this way, and as they passed us one of them threw a comment, “Nice brooch! Expensive was it?”. We turned and looked at each other and as if to add insult to injury, ‘blue trousers’ had dropped a large piece of houmous on her top to which a piece of pitta had wedged itself to. She brushed it off and announced she needed to go to the loo. The only toilet was in the cab firm and not an option and so we went over the road in the hope we could find a discreet place? No such luck! The only option was for her to go behind a car while we stood guard.

There was no need for her to pull down her trousers, but instead just move her piece of g-string elastic to the side which was exactly what she did whilst standing open legged!! At this exact point, a driver appeared from nowhere, just like Mr Benn (for those of you that remember him). “Hello ladies, where you going?”. I looked over and saw my friend jiggling about, trying to drip dry and then finally she was done. We climbed into the cab and told the driver our address. We were all staying together that night, you know safety in numbers. “What a great night!” one of them slurred, as she began to fall asleep!