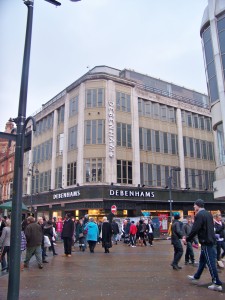 The change has been made to promote the bodies of ‘real women’. Size 16 mannequins are currently stationed in over 170 of Debenhams’ UK stores, alongside the traditional size 10 models that are commonplace in high-street stores. The mannequins were initially trialled 3 years ago, in their Oxford Street, London store, where shoppers were asked for their opinions on the new additions.

Equalities minister Jo Swinston was reported as saying, “Once again Debenhams is showing that beauty comes in all forms and continues to send a clear message to the rest of the retail industry that many customers want to see more diverse and realistic images.” She also said, “having mannequins that reflect and celebrate our society is one way of helping to achieve happy customers.” Swinston attended the launch of the ‘real woman’ representation and clearly fully supports Debenhams in their beliefs.

However, Debenhams has been heavily criticised for its references to the ‘real woman’ because of the contesting view that all women are real no matter what shape or size. From what I can see, Debenhams do not dispute this. By ‘real woman’ they simply mean the average woman – whom in the UK is a size 16. The well-known retailer has developed a bit of a reputation for diversity over the past few years by including older women, amputees and wheelchair users in their ad campaigns since 2010. Some argue the fact that the size 16 woman is not a minority group – in fact the complete opposite, and therefore should not be represented under the same category. However, I am again backing Debenhams on this one. They are not being diverse in the sense that they are representing minority groups; their diversity is embedded in their ability to stand out from the other high street stores and state their own values on fashion and style. 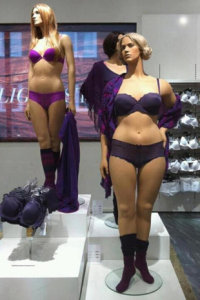 And for those that say the size 16 model is not a healthy one, well that depends on uncountable factors. The majority of women in the UK are a size 16, some of them will be considered a healthy weight for their height, it may be healthier for them to maintain a size 16 than to yo-yo diet themselves into other problems. Then again some of them won’t be healthy, but there are just as many size 8’s out there who are ill because they smoke too much or because their weight is too low to maintain complete kidney function. There are too many if’s and but’s to dispute the argument that the size 16 is not healthy. However, there is no disputing that the size 16 is definitely here, and you know what, it looks pretty freakin good.

If anyone was going to stand out against the traditional tall, skinny mannequin it had to be a high-street giant and although it’s unlikely that this is going to completely revolutionise women’s shopping, saving those with self-esteem issues, it’s definitely a start.

Be the first to comment on "Defying Traditional Fashion: Size 16 In Debenhams stores across the country."