The way authors, and artists of all sorts, make a living has been a tricky problem to solve for centuries. The opportunities for plagiarism, illicit copies, and uncontrolled distribution, have made untangling the entire business a nightmare for lawmakers. A new and clumsy attempt to regulate has gotten the authors guilds around Europe all stirred up.

Every country in Europe has its own regulation system for author’s rights. Because the regulation was inefficient in some countries, and let through many pirates and infringements, the European Commission, in the person of its President Jean-Claude Juncker, entrusted German euro-deputy Julia Reda with the drafting of a report on author’s rights protection. Authors and editors have been having, until now, difficulty in making sure sold content is used only by one end user, that content wasn’t sold in one country and then found in 20 different copies, in 20 different countries. Because the cyber sphere ignores state borders, information can jump them in a millisecond and thus drain author revenues. On July 9th, after some tweaking, the EU Parliament used its last plenary session to vote the text. 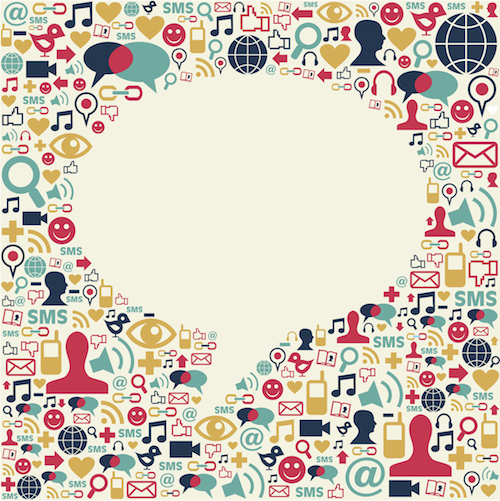 The Reda Report, written by Julia Reda, was seized by its author as a political stepping stone. It regulates use of public monument pictures. It guarantees that digitization preserves any pre-existing author’s rights, and leaves the author the chance to choose which type of right he wants to protect his or her work with. In Julia Reda’s own words: “This long-term goal would benefit both rightholders and users: While the former would have a more unified basis of protection, the latter would gain more legal certainty in their cross-border uses.”

The first problem is that it breaks something that wasn’t working so badly. You know what you lose, you don’t know what you gain. It takes weeks, or months, if not years, for a political body to draft, write, negotiate a new legal text. That simply is not the timeframe the digitized world works by. The amount of possibilities constantly expand, at a very quick pace, and information is constantly taking new paths and being exchanged in different ways, using different platforms. So there is a high chance that this new text will be obsolete within months. Because it applies to all European countries, it doesn’t adapt to each national aspect. And as the Greek crisis has been showing, not all nationalities respect fiscal rules and market regulations at the same level, throughout Europe.

The second problem is that states, and to greater extent supranational entities, are way too clumsy to deal with such technical matters. This wouldn’t be the first time regulations render great disservice to the citizens it meant to protect, or backfire on the ones it is supposed to protect. Just before the year 2000, the French Parliament voted a new law (the Galland law) to protect small producers from imbalanced negotiations with large distribution brands. It was voted that malls and large distributors could no longer do business with producers with revenue under 10% of their own. But given the huge revenue of distributors, that cut out almost the entire market. And because most small business don’t have media and legal monitoring systems, they didn’t have time to regroup and found out their major clients no longer had the legal right to work with them. Many of those businesses were wiped out, or put through years of difficulty before rebuilding the clientele. Hit hard by the very law which was supposed to protect them.  Something which may well happen again with the Reda report.

Though filled with good intentions, the European commission is making the same mistake which has been made by many regulating bodies before. By addressing all technical aspects, it becomes convinced that it has a waterproof text, that will solve all and every woe the market has encountered. But as every lawyer knows, a law has a letter and a spirit. And it seems that M. Juncker has forgotten to take a step back and consider the bigger picture. Doing so would have made him aware of the risks that such a text induces.

Julia Reda is a member of the Pirate Party. This German branch of the originally Swedish party promotes direct democracy, transparency, anti-corruption and open content / free sharing of information. Though the intentions for justice seem pure, it seems quite risky to see a politician, whose fondness for deregulation is a mystery to no one, drafting a new regulation. The previous regulations did work unevenly throughout Europe, but they did work. And more importantly, these previous regulations were established by national governments with representatives of the trade. In other words, if the authors and editors signed off on it, it means that they were satisfied with the existing regulation.

Now the European Union has arbitrarily replaced something democratically established with something supranational, and very scary to businesses and authors. Especially when it comes from someone belonging to party which states wanting to deregulate and let information flow freely: every author’s and editor’s nightmare. The European Parliament may think it is doing authors a favour, it is one they don’t want.

Even though the European Parliament tried to tone down the text and asked for amendment, it must be kept in mind that the Pirate Party, Julia Reda’s political group, is anti-globalist, and Jean-Claude Juncker is a neoliberal. The European market was under a set of regulations which worked in uneven ways, it’s true. But given how easy it is, on a technological level, to wrest information out of an author’s hands, there is a high risk that author’s revenue will erode in the months following the new euro-law’s implementation.

Be the first to comment on "Reda Report : authors on the warpath"