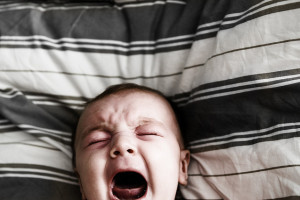 Not long after a pregnancy becomes common knowledge, the expectant mother discovers that she is now considered to be public property. Apparently it is suddenly acceptable for acquaintances, and even the occasional stranger, to discuss her weight gain or look of exhaustion without reservation (usually before the bump has made an appearance on a day when she is, or at least was, feeling refreshed after a rare comfortable night). More overwhelming and undermining to the confidence of an expectant mother, however, is the torrent of kindly-meant but often unappreciated and unnecessary advice about every single aspect of parenting. If you are currently pregnant and experiencing this, brace yourself, it’s about to get much worse.

Once the baby arrives, the new mother, who is almost certainly already spending hours agonising over the tiniest decision, is miraculously surrounded by parenting “experts”, most of whom have a wealth of experience in caring for a newborn either twenty years ago or never. I recognise that I am in no position to criticise; the instinct to share experiences is near impossible to suppress. Having become an “expert” myself after a staggering eleven weeks of motherhood, I too feel compelled to share my limited knowledge, based solely on my own individual baby, with anyone who will listen. But while some of these words of wisdom can be received with a polite smile before being promptly forgotten or ignored, there are others which serve the purpose of half-concealing criticism and repeatedly frustrate me. They go something like: “You need to start putting her down more, you’re spoiling her”.

First of all, I despise the use of the word ‘spoilt’ to describe a child, apart from in very rare, very specific cases. It implies that there is something wrong, or damaged, or ruined that cannot be put right. Secondly, there are two very different meanings of the word ‘spoilt’ which may be relevant when describing a child – one negative, one not. But people often confuse the two definitions, assuming that the positive spoiling inevitably precedes the negative. It doesn’t. 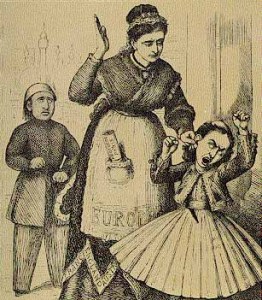 The first relevant definition offered by the Oxford English Dictionary is to ‘harm the character (of a child) by being too lenient or indulgent’. Obviously the danger of this is highlighted in the definition – it is causing the child harm. Overindulging a child with material things fits into this category, as does rewarding bad behaviour by giving in to tantrums and paying too much attention to poor behaviour. If children are spoilt in this sense of the word, they might struggle to share; find it difficult to accept that they have to follow the same rules as their peers; or use their behaviour to manipulate. We’ve all seen examples of children who have been spoilt in this way and are, let’s be honest, quick to judge, forgetting how easy it is to stray down this path in search of a simpler life.

There is, however, another definition of ‘spoilt’: ‘treat with great or excessive kindness, consideration or generosity’. Surely this is our aim as parents, to put our children at the centre of our thoughts and actions, to love them unconditionally and treat them in the best way that we possibly can. A misinterpretation of this may lead to spoiling in a harmful way – for example, substituting a devotion of our time to our children with an abundance of material possessions – but I refuse to accept that this type of spoiling, this ‘excessive kindness’, is inherently negative. Can you cause harm to a child by offering them too much of your time; by giving them too much appropriate praise and encouragement; or by giving them attention and rewarding their positive behaviour? I don’t think so.

What people actually mean, however, when they tell me that I am spoiling my daughter is that I hold and cuddle her too much, that I should put her down and leave her so I can get on with other things. As if my reason for having a baby was to have something to cuddle when convenient and put out of the way while I carry on with my pre-baby routine. The more I think about it though, the more I am convinced that cuddling a baby does not fit into either definition of ‘spoilt’. It is not overly indulgent, nor is it a demonstration of excessive kindness; it is satisfying a basic need. Spoiling, as it is commonly defined, involves being overly lenient in giving a child what they want, which is not the same as giving a child what they need.

Watching my newborn baby drift off to sleep on my chest, the midwife who delivered her told me firmly that “You can’t spoil a baby”. What babies want and what they need are one and the same. After an exhausting arrival into an unfamiliar world following nine months spent snugly cocooned inside their mothers, babies need reassurance that they are safe. It is completely natural for them to want to be held where they can hear the soothing beat of their mother’s heart and be comforted by her warmth. I learnt very quickly that my baby needs to be held a lot. This is not a want – she is not choosing to feel this way – it is instinct. You can’t spoil a baby because there is nothing that they want that you can spoil them with, there are simply things that they need.

When they tell me that I am spoiling her by holding her whenever she needs to be held, people imply that I am creating a clingy, attention-seeking child. If I had not been given those useful, actual words of wisdom by the midwife, I might have started to doubt my instincts and agree with the criticism. My daughter spent the first few weeks of her life almost constantly being held. The only place she would sleep at night was in the arms of one of her parents. But as she grows, she is becoming increasingly content sleeping alone in her cot and confident in exploring the unfamiliar world around her. So far, she is supporting my theory that being held and cuddled on demand will actually make her more independent. Does it really matter that she currently won’t nap in the afternoon without being held or carried in a sling? No, because I believe she needs to know that she is safe before she can begin to happily explore the world for herself.

There is nothing excessive or too indulgent about holding a newborn baby. I am not giving in, letting her get her own way or causing her any harm. So to the next person who tells me I am spoiling my baby: I think you mean nurturing.

Be the first to comment on "Spoilt? I don’t think so."