There are good thrillers, bad thrillers, average-ish thrillers. And there are truly excellent thrillers, the product of outstanding workman and craftsmanship.

But thrillers, unlike the biopic genre, don’t get Oscars. Not as a general rule. Psycho, Alfred Hitchcock’s cultural masterpiece, was nominated for several Oscars but won nothing. And the tradition has continued for seventy years.

While it probably doesn’t really matter in the long term, I feel that these three thrillers, which I have seen over the past several months, and thought to be great, deserve a bit of a consolation prize for being neglected at the Oscars. Even if that prize is merely a critical analysis in an internet-published article.

The three thrillers I want to talk about are, Gone Girl, It Follows, and Nightcrawler.

If you haven’t seen these three, you should probably rectify that, but to fill you in on the basic premises;

Gone Girl is about the toxic relationship between a married couple which cumulates in the wife faking her own abduction and pointing the evidence towards the hapless hubby.

It Follows is about a demonic curse which is transmitted sexually. The film’s protagonist finds a horrific entity which will forever track her down and pursue her unless she has nookie with someone else, who will then become the new target.

Nightcrawler is about an opportunistic lowlife who realises News Networks are willing to fork out a fortune for “first on the scene” footage of horrific crimes. And the more horrific the crime, and the more white and middle class the victims, the more the bung.

A theory for why thrillers aren’t traditional Oscar bait is that they are too “in yer face”. Too reliant on cheap thrills and fake blood and lacking any real substance. And reading my plot summaries for each of the above, you could be forgiven for getting behind that train of thought. But what makes all of the three above thrillers great is the fact that they use the “cheap thrills” to really dig deep into highly relevant themes. And the sort of themes which Oscar winning films traditionally shy away from.

Let me re-summarise my three thrillers;

Gone Girl is an exploration of Gender Politics, no less bold than David Mamet’s play Oleanna, in an increasingly media-centric world where the headlines now dictate the Justice System.

It Follows is a revealing of sexual anxiety in the middle classes of suburbia and a play on the innate human terror of sexuality. 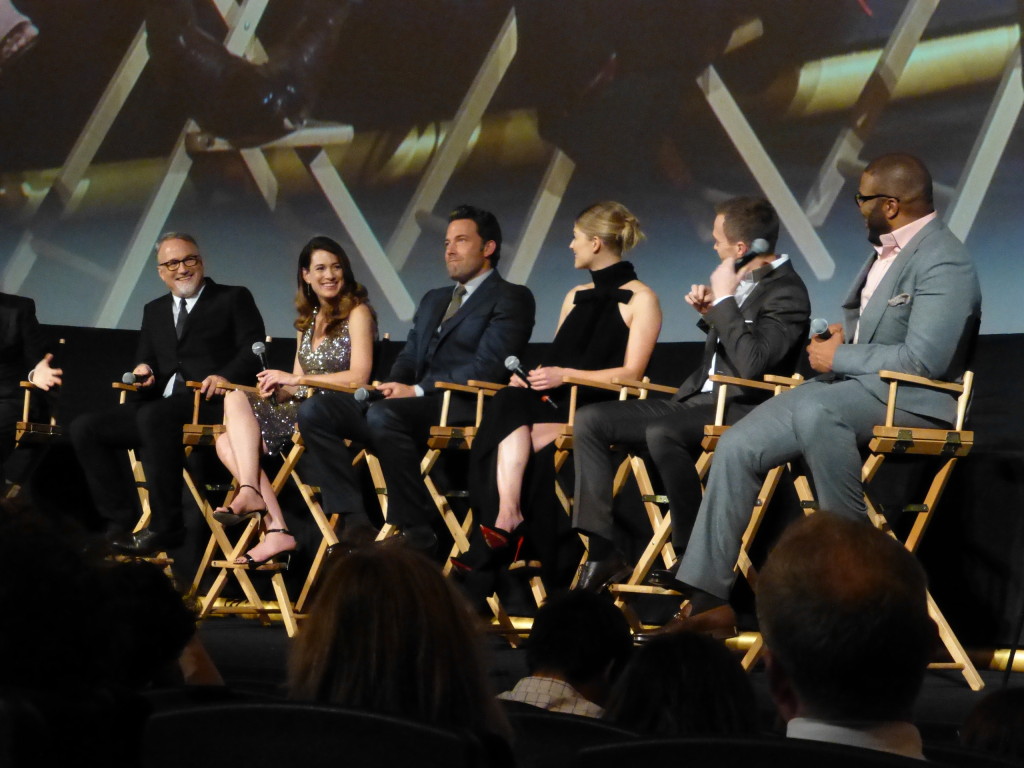 There is so much I could commend in each film. There are so many little touches each film has to drive its message home. From the Protagonist of Nightcrawler’s constant spouting of dialogue that sounds as though it could have come from a text book in a Management School, underlying the sociopathy inherent in such dogma and the character, to the It Follows’ brilliant realisation of its M.R. James style monster by having it personified as a constant switching between the worst representations of human sexuality. There are so many things each of these films does right to highlight its themes.

And these films are all fundamentally gripping. They all have you on the edge of your seat. Gone Girl has you clutching your armrests as you watch the battle of wits between its two dubious protagonists unfold. Nightcrawler has you tensing up as its anti-hero speeds down the highways in constant pursuit of the next big scoop. And It Follows truly gets under your skin with its horror driven home by the constant threat to its characters.

Acting wise, all of these films are solid. Script wise, each film demonstrates dialogue techniques which show that their writers aren’t happy to settle for a glide along the lines of cliché.

Musically, they all have good soundtracks. Nightcrawler’s satirically noble themes played under the spiel of its sociopathic cameraman’s “Work hard to get to the Top” drivel intelligently underline the glamorisation of such delusions.

But the stand out candidate for soundtrack definitely goes to It Follows. With an eerie and sometimes gut-wrenchingly disturbing score by “Disasterpiece”, it combines Viennese twelve tonalism with electronic sound beautifully.

The cinematography in It Follows is great as well, using highly inventive camera angles and techniques to ramp up the suspense.

But while I could go on pointing out brilliant things about these three films it would be remiss of me to be completely without criticism.

For a start, with the exception of a few supporting characters they are all depressingly white and middle class.

That may seem more like a problem with the industry as a whole than just these three films but it’s a touch disappointing for movies that are so clearly aware of the cultural challenges of race and class.

To each film’s credit, Gone Girl shows the insane amount of privilege a woman can obtain, just by being white and upper to middle class, in the media. Nightcrawler clearly shows how the media targets its white-middle class market by demonising the working classes and those of different races. And It Follows clearly underlines suburbia’s fear of the slums which surround it.

But, at the end of the day, more white actors than not got paid for these movies.

Talks of race and class aside, each of these films is a true showcase of cinematic craftsmanship. Each shows techniques and approaches that any budding scriptwriter would be wise to add to their arsenal. And each is about something far deeper than “cheap thrills”.

While none of these films had a hope of winning the Oscars, they are all highly culturally aware and critical, and just for the thrill value alone, they are worth seeing.