What is a road movie?

Is it a movie where a character goes on a journey through various locations until they reach their goals? That sentence would describe a lot of movies, and you wouldn’t describe them necessarily as road movies if asked. The Lord of the Rings is about a group of characters going through various different locales until they reach their goal, by nobody is likely to describe it primarily as a Road Film. And, technically, The Dark Knight is a film where the protagonist travels through various locations until he reaches his goal. But The Dark Knight isn’t a road movie in the slightest.

Wikipedia states “A road movie is a film genre in which the main characters leave home to travel from place to place, typically altering the perspective from their everyday lives.”

Is the Odyssey, by Homer, of the Road genre? It seems hard to think that. Maybe because it’s a text rather than a film, and road movies are so tied up with cinematic clichés that visual cues are inseparable from the genre. Road movies existed in Hollywood since the beginning but only became thought of as being such things after WWII.

I have developed fascination with the Road Movie genre in recent years and I thought, in order for me and my readers to understand them better, I should attempt a careful examination involving them. I decided to embark on a Road Trip, if you like, through Road Movies, starting with the early examples of the 1930s and going decade by decade all the way to the present. Not only would this chart the development of the genre, but also the development of cinema alongside of it.

So buckle your seatbelts, and prepare to eat a lot of meals in diners, as we traverse the open history of one of cinema’s most introspective genres.

We first take a tour to a time when no one actually knew what a ‘Road Movie’ was. 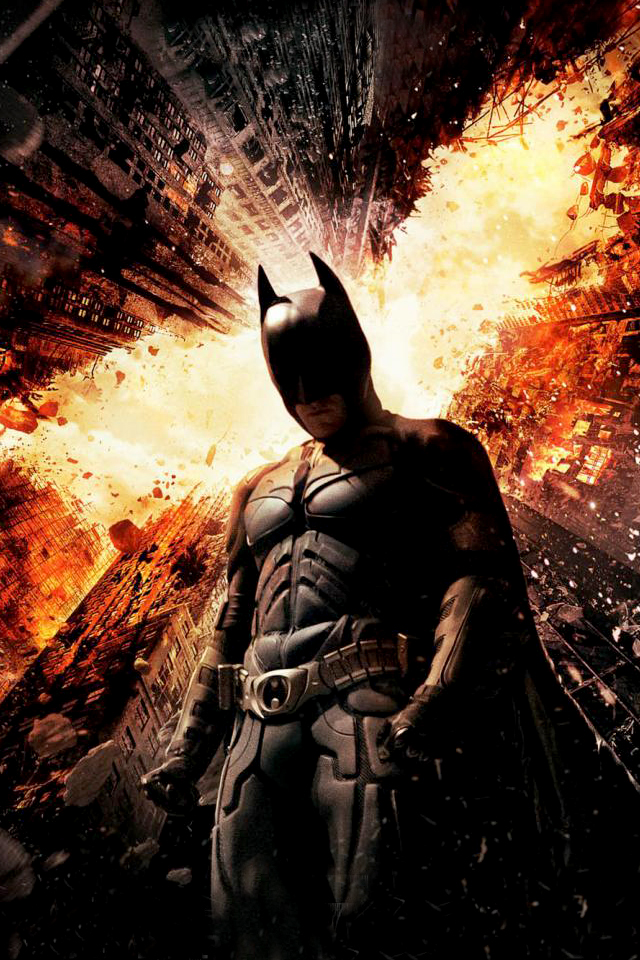 The premise is that socialite, Ellen Andrews, tired of being over-protected by her wealthy banker father, elopes with an Aviator and American hero type. When the father, who disapproves of him, tries to keep his daughter away, he decides to force an annulment by holding her prisoner on his yacht. Ellen jumps ship, and starts a trip from Florida, to reach New York where her husband awaits.

Simultaneously, washed-up journalist, Peter Warne, is heading back on the same bus to New York as Ellen. When he realises who she is, he hatches a scheme to help Ellen avoid her frantic father. If he succeeds she must grant him an exclusive newspaper story. If she refuses, he’ll turn her in to her father.

Of course, this being a romantic comedy, the two get to know each other well and eventually fall in love. Cue romantic complications in the third act which [spoiler alert!] all get resolved with a nice happy ending.

A cute romantic comedy, with great dialogue between its leads, but some pacing issues. The comedy part, as you’d expect for a film that’s over 80 years old, sometimes falls flat. But most of the gags work well enough. Perfectly acceptable to watch with your girlfriend/boyfriend on a lazy movie date night. Maybe with a bowl of ice-cream at hand.

What does it teach us about the thirties?

You’d never believe it after watching it, but this film, which by today’s standards would be considered a typical rom-com with moderate star power, won 5 academy awards.

Imagine if we still had that award bias today, eh? Sex Tape probably would have been nominated for Best Director.

Interestingly this was one of the last films made before movie studios began enforcing the infamous 1930 production code. But, even without it, you can still see clearly what writers could and couldn’t get away with. For instance, during a scene where both characters admit their feelings for each other, and implicitly want a more intimate relationship, they only embrace in a kiss-less hold. This is because the female lead is technically married to someone else at that point, and you’d never get away with showing adultery in a positive light in them days.

Surprisingly, given its time, the film has very good Gender Politics. The female lead is independent, headstrong, always goes after want she wants, and is shown to be equally as capable as the male lead as they travel and manage to avoid her father.

The film is ‘of its time’, but certainly not in any distasteful way.

Even though ‘Road Movie’ as a term didn’t exist back then, It Happened One Night, is a road movie through and through. Littered with clichés of the genre, stays in motels and cabins, travels in buses, meals in diners, plentiful opportunities for characters to talk and learn about each other, occasional spells of sleeping rough, this film has many of the images and tropes which would became part and parcel of what is meant by being a road movie.

One of the ways in which it uses its genre most effectively is that it shows – by using the ‘on the road’ status of its leads – it can get two very disparate characters to interact in a way that is natural and believable. If this wasn’t a road movie, the characterisation of the leads, and the interaction between them would not have worked half as well. The Road, in films and in real life, brings people together.

Washed-up and bitter New York night-club pianist, Al Roberts, decides to move to Hollywood to live with his girlfriend who’s trying to make it as an actress. Strapped for cash, he undertakes a dangerous hitchhiking tour from the east to west coast. And when one of the drivers who picks him up dies of natural causes, but nevertheless in circumstances that look very incriminating for Roberts, thing start to go badly wrong.

This sometimes cheesy and cliché-ridden Noir flick is saved from obscurity by the brilliantly-crafted unerring sense of doom that it conveys. At times the film almost feels Lovecraft-ian in a sense of how cosmically unfairly and undiscriminatingly the noose around Robert’s neck tightens. If you’ve never watched a Noir flick before, you could certainly do worse than this for an introduction.

What does it teach us about the forties?

Detour was a film shot in six days by a studio with no money, and using actors who only got cast because they were the best available at the time. It was one of the ‘poverty row’ films of the forties, and really should have vanished without trace. But nowadays it is regarded as something which is almost a classic.

The film has a lot of the trademarks of the forties. The sharp focus black and white camera. The production code that insisted the murderer couldn’t get away with it in the end. The diners where you park in a parking bay and have your meal brought out to you. The smoking. The projected backdrops during driving scenes.

It’s a testament, really, to this period of film making that a film with such a restricted production as this one can go on to become a cult classic. In an age where massive investments of cash, time, and star power regularly go completely wonky, this sharp, cigarette-smoke-filled, poorhouse-produced thriller of the forties survives.

While the idea of a road movie still hadn’t crystallised in the public mind, Detour is again filled with many of the clichés that It Happened one Night possessed. The diners. The motels. The hitchhiking scenes. The disparate characters coming together.

What Detour adds to the table is a sense of danger. The danger of being on your own on the road.

While there was a mild element of being chased or ‘on the run’ in It Happened one Night, it was more in a humorous sense. It only occurred to justify the characters’ actions and drive the plot.

In Detour, there is a palpable sense of being hunted. Of being ‘on the run’. Of evading the authorities. Of being at all times in danger on a very hazardous journey. Detour shows that while being ‘On the Road’ might seem romantic and adventurous, it can be very risky. You never know, when you’re hitchhiking, who’s going to pick you up.

A cowboy flick; John Wayne stars as an ex-confederate who must track down a band of Native Americans, who murdered his relatives and kidnapped his niece, to enact revenge and get his niece back. Also a lot of other cowboy flick clichés happen.

Umm… Maybe it’s because I don’t really get the whole western genre, but this film really has a lot of issues.

The total reliance on stereotypes and clichés which is part and parcel of the genre means there is next to no characterisation. We never learn anything about the lead other than him being an ex-confederate and really hating Native Americans for some reason. We just know he’s supposed to represent an archetype of the genre. And he doesn’t really display any character development either. So it’s difficult to invest in him. Add in the fact that a lot of the movie is casually racist, and you just can’t help feeling uneasy when sitting down to watch it. Maybe worth a watch if you’re into Westerns but probably best avoiding if you’re not.

Then again, this film is considered a classic, so what do I know?

What does it teach us about the fifties?

The fifties were somewhat of a transitional period in film history.

Until then, various films about gritty emotionally damaged old men were playing to audiences who weren’t distracted by new-fangled TV sets. Reflecting the decline of the old order. Also westerns were very popular during this time. So The Searchers really teaches you everything you need to know about the fifties in terms of filmmaking. Still bound by all the old Hollywood rules but clearly getting tired of them.

It’s interesting to note how, as soon as filmmakers got their hands on colour, they completely over used it. The Searchers is awash with over-saturated set pieces. Colour was something studios couldn’t use enough.

Ironically it’s what The Searchers doesn’t do as a road movie which really highlights how best to use the Road Movie genre.

Oh there’s a lot of moving around in the Searchers. A lot of ferrying to and from home whenever the leads get a whiff of what they need to be doing next, but none of that is ever built upon.

As I’ve already said, no character development really is shown in The Searchers. So the strengths of the Road Movie genre, being a great genre to establish and develop characters, are the ones The Searchers never uses. The Searchers shows us what a good road movie does by not doing it. Which is revealing, if not exactly exemplary.

Well, it seems we’ve reached our first pit stop, an American diner in the middle of Nevada. Hope you like doughnuts dunked in coffee, as I’m going to leave it here for now until I get my belly filled. The next part in this series will examine what happened to road movies once they were officially a ‘thing’.

Could you pass that bowl of fries, please? Cheers.